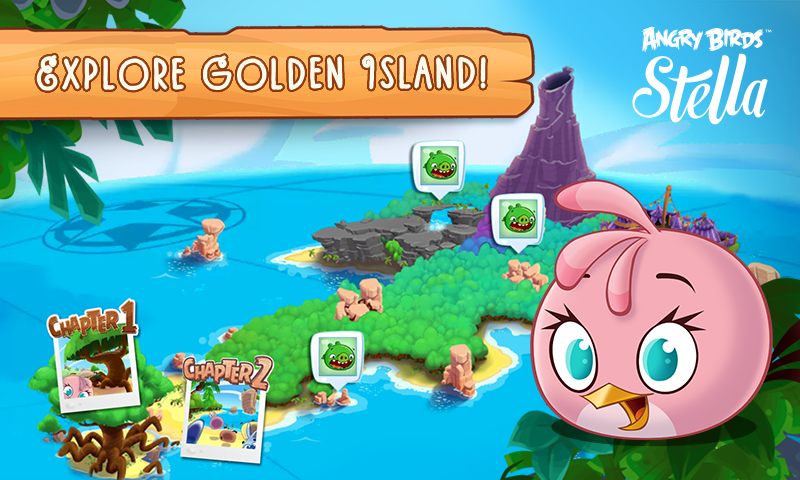 oin Stella and her super adventurous friends on a quest to protect their home from the greedy Bad Princess and her powerful piggies! Meet this fierce new bunch, master their amazing superpowers and explore magical Golden Island!

Stella has teamed up with Dahlia, Poppy, Willow and Luca. These fearless pals have a strong bond but even stronger personalities. You could even say they’re best friends forever... most of the time.

With over 2 billion downloads, Angry Birds is the most popular mobile game franchise of all time. Play this all-new physics-based slingshot adventure and join the global phenomenon!

5/5 “The new birds are fun and the addition of the superpowers is awesome!”
5/5 “Really fun to play and the graphics are beautiful!”
5/5 “New addiction! Love it...nice twist on original”

“There is a real sense of quality with Angry Birds Stella” - Forbes
“Angry Birds Stella is an absolute winner.” - Technology Tell
“Playing around with the new birds is a blast.” - Gamezebo
File size:
50.6Mb