This thread was originally posted by Hydrogen,thanks Ext for linking me to the original thread,took into consideration sharing this with CCM community,it does indeed seem this is taking a step into the right direction for Ps4 users.

Hello NextGenUpdate, today BadChoiceZ & Kurt have shared their Real-Time (RT) video demo. Now, this lets you enable your own text on PS4 Pop-Up quotes. For an example, lets say your controller is about to die. You can actually add text into there, and make it "modded" in some type of way which it looks like. So you can actually make it say,"Why is PS4 Getting Hacked so Fast? Your controller is low on battery." So I don't actually know if you could delete the text, or just add in text, but i'll inform you all once I get enough information on this. Furthermore, BC & Kurt also released a list of notification messages, which you can take a look here on the pastebin:
You do not have permission to view link Log in or register now.

/*
List written by BadchoicesZ, Not dumped XD.
<msg> is whatever "text" you pass into the notify func.
*/ 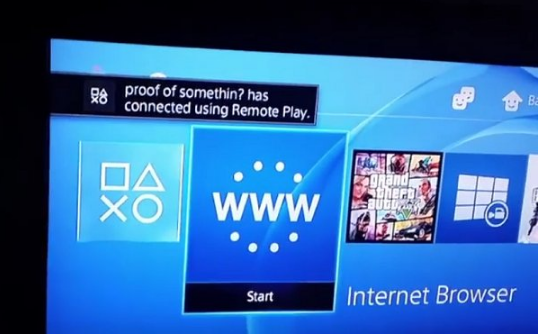 In addition to this, Kurt and BadChoiceZ also stated they have started to gain mods on GTA5 with a spoofed native code via 1.76 Playstation Playground.

Here is the video of Bad Choicez showing some mods on the PS4:


Now, this might be fake, or it could be real. Don't get me wrong, a lot of people are on this. Overall, if the RT Sample is legit, then how would the GTA5 Native Code be fake? Lots of things going through our minds, but for the moment, lets consider this "true" until we can get a full confirmation. They did show us Debug Settings, and the PS4 Home Screen so this gains some more confident.

It seems that we are going in a right path in the scene!

Thats so awesome. BadChoicesZ is one hell of a modder. He made a great job on Bo1 zombie modding almost 5 years ago and he is still active