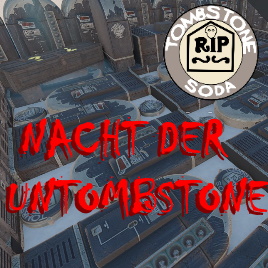 Better tutorial: Tutorial - How to use custom zombie maps manually without steam? | CabConModding

Features
Welcome to hell, what drinks do we have down here? Tombstone Soda obviously! Revisit Nacht Der Untoten remade entirely out of the best perk in all of zombies... TOMBSTONE SODA!

The perk limit is 6 with perks like: Quick Revive, Juggernog, Speed Cola, Double Tap, and Mule Kick (all perks after this are in der wonderfizz) Widows Wine, Stamin up, Phd Flopper, Tombstone Soda (obviously), Whos Who, and Electric Cherry. (I decided to have the required perks around the map instead of leaving it to chance)

The weapons are a mix of Mostly Black Ops 2 and a little bit of Black Ops 3. The only wonder weapons are the Ray gun, Wonderwaffe DG2, Blundergat, and Thunder Gun.