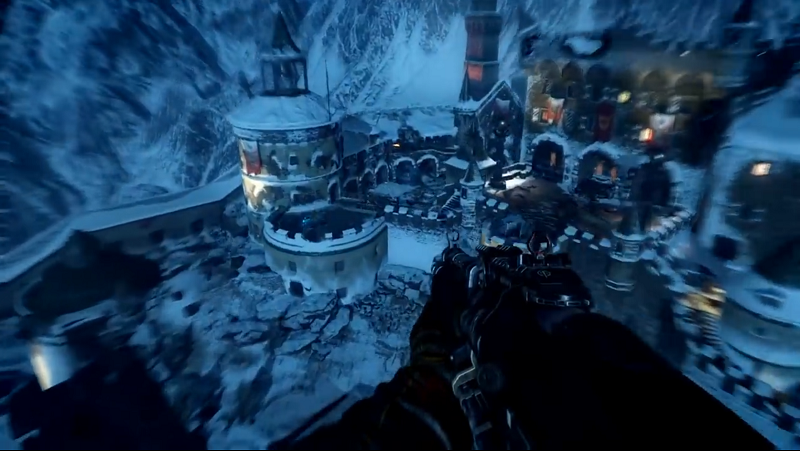 A lot of changes to make the game more fun.

-Use the console for cheating without having to enter developer 2!
-The magic box no longer moves around, has a better chance of giving you better items, and gives Pack-A-Punched guns right out of the box!
-Increased player health!
-Start with 100,000 points! (When you start a game doing an action such as ADS, jumping, shooting, sprinting or knifing should display text on screen telling you what button to press to accept or deny the points.)
-No more bullsh!t*
-Infinite reserve ammo!
-Increased Perk limit!
-More powerups!
-LOTS MORE ZOMBIES!!
-Faster Gameplay!**
-Better perk-a-colas, including carrying 6 guns with mule kick, reloading even FASTER with speed cola, shooting even FASTER with Double Tap, and a much tighter hipfire spread with Deadshot Daiquiri!
-Exo Movement including Boosting and Wall Running has been enabled!***

Those of you who are looking for an easy mode mod should check out Casual Mode here:
You do not have permission to view link Log in or register now.

If you don't want exo-boosting here is a link to the version without it:

Some credit to cabcon modding, as I moddified a couple of their scripts for use with this mod.

*Samantha's curse (AKA the game taking away all your guns and points while samantha laughs at you) and Death Barriers have been removed with this mod.
**Zombies start running at round 2 for every map except shadows of evil, where they start running at round 4.
***Currently NOT working on any map that uses exo movement by default. This includes Shadows of Evil, Der Eisendrache, and Revelations. I'm currently looking into a workaround, but it seems hardcoded into the maps, so until we get the script files for the maps it's unlikely that I'll be able to fix it.
Credits

pliss, i need this mod